In July 2010, I moved to San Francisco to start full time at my new job. Living 10 minutes away from work by car but not owning a car made me decide to just walk it to work everyday. It was a decent 30-40 min walk, often through the hilly districts of SF. In September of that year, I noticed an unused black bicycle lying around in the house I was sharing. After asking around, I found out that it belonged to a former intern who used to live in the house with us but had since moved out. I emailed that intern and asked him if I could buy his bike. He was eager to get rid of it. He named a fair price which I agreed to pay, and was now the proud owner of a medium-end gently-used hybrid bicycle. My commute was instantly slashed from 40 minutes to a mere 15 minutes. Thank you Tim for selling me your bike, if you're reading this!

Little did I know that what started off as a desire to shave valuable minutes off my commute was just the beginning of a lifestyle that was about to pay dividends far greater than what I had in mind. I paid $250 for that used hybrid bike which I proceeded to use everyday. When I left SF 1.5 years later, I sold the bike to another co-worker for $200 rounding up the total cost of the bike to $50 plus some light maintenance. The cost of a transit pass for a single month alone was over $50 at the time which meant I saved over $1k by not taking the bus and biking instead. The cost savings were tremendous: by biking and not driving, the total money spent on gas, insurance, car payments, car loan interest, oil change, brake change, replacing broken windows, parking, tickets, etc. was a grand total of $0. Total money spent on Uber and Lyft was also $0 since I hadn't heard of these cool and outrageously tempting services back then.

Like the money advantage wasn't worth it on its own, the amount of time spent waiting in traffic with a dull view of taillights was also 0. As a bicyclist, you're never stuck in traffic. You're either on your own traffic-free lane or you can weave through cars or split lanes if there's a jam. Total minutes and headache saved by not commuting by car or bus was therefore immeasurably large over the 1.5 years I lived in SF.

As the months rolled by, I quickly realized that the money and time savings was just the icing on the cake. They were just the beginning of the benefits I would accrue over the years to come. I was getting my daily dose of fresh air and Vitamin D with zero extra effort. I started feeling great. I would start the day at work with so much energy and enthusiasm, it was almost contagious. I was also automatically, without having to consciously think about it, getting my required 2.5 hours of exercise each week, the bare minimum recommended by every doctor I've visited for annual evals. Turns out that 2-3 hours of weekly exercise is the magic number required by my body to get into "maintenance mode" and hold a steady weight — steady weight being one of the easiest-to-measure signals of basic body fitness. I was even sleeping quicker and better at night from the lightweight exercise on my commute home.

Additionally, it turns out that moderate steady-state exercise, not hand sanitizer, is a key component to not falling sick randomly. Falling randomly sick with minor illnesses such as common cold, cough, headache, or sore throat seemed like such an intractable problem at first. But after years of studying the problem and trial-and-error, I came to the conclusion that the key thing missing in people that was critical to sickness prevention is regular exercise. So the more you can incorporate frequent motion into your daily lifestyle, the less you have to think about it routinely.

All these kickass benefits from such a simple modification to my lifestyle: changing my mode of transportation. Talk about a return on investment! And I haven't even started talking about the environmental benefits of biking versus a car, which is a post of its own.

The bicycle is one of the most under-appreciated inventions accessible to every one of us. To say that it has changed my life substantially for the better over the past 7 years would be an understatement. Biking to work at least 3-4 times a week is so important to me that I have gone to great lengths to make it work. When I got married and moved back to San Francisco, the first order of business was to get Sowmya a bike and get her to bike to work everyday. How could I live with someone who didn't bike to work if I couldn't live with myself not biking? I invested $100 into the purchase as a subsidy and made sure this became a habit for her. Soon enough, she started loving it so much that it didn't take much from me to keep the habit going.

Over the last few years, Sowmya and I have invested heavily in living near work and working near where we live. Just so we could both bike to work and back. Biking had become such an integral part of our lives. In June 2016, we gave each other the nod and sealed the deal. We were so bullish on the overall benefits of biking that we put down a huge sum of money by paying a sizable premium (~30%) to live near where we worked, and continue to pay this premium every single month. We weren't kidding about this, so we wanted to put our money where our mouths were. For the same 30 minute commute, we could've both lived so far away from work, taking alternate forms of transportation, slicing our housing costs by an easy 30% (or more) month after month. But at the end of the day, if we end up increasing our expected life span by even 15% because of the good habits we'd cultivated in our 20s and 30s, it will all be justifiable. 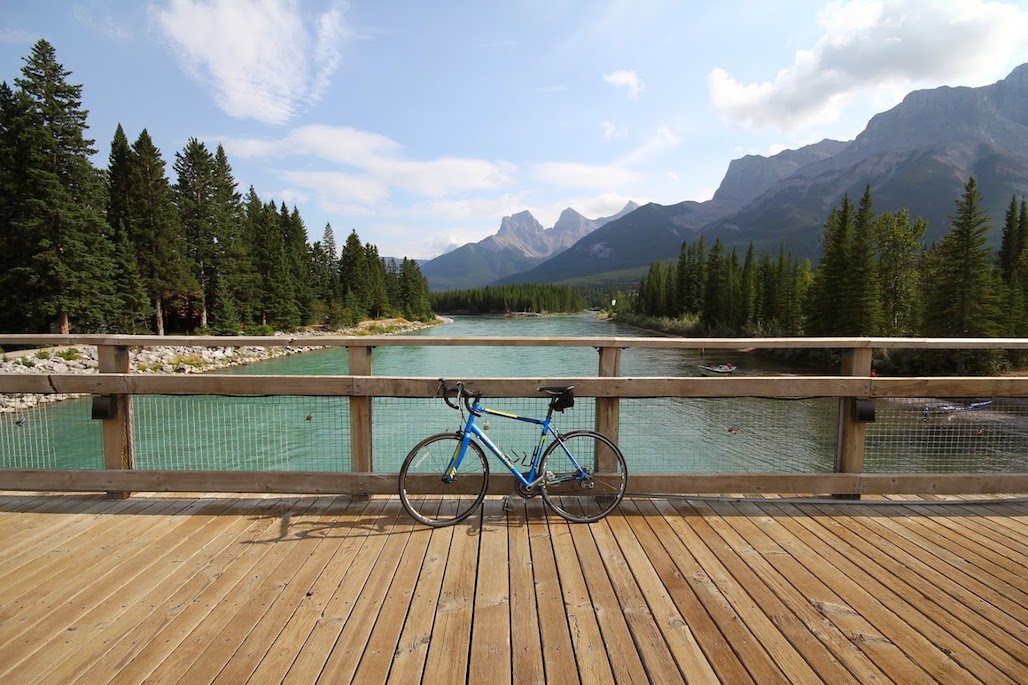 Bringing it back to the 4 F's that govern most of my life these days, biking to work is the single best activity that hits three of the four F's simultaneously. You get fit automatically, it's better for your finances by eventually paying for itself and eventually becoming free transportation, and it's more frugal than buying and then driving your car to work everyday. No other activity done regularly will improve your life so dramatically in multiple areas that easily. Biking is truly a step function in your overall happiness levels. The next time you move, ask yourself if you can bike to your workplace from this new location in under 30 minutes.

If biking is so transformational, why don't people do it a lot more? The answer is pure laziness. And of course misinformation. There isn't a general awareness in our country of the benefits of biking unless you've visited a bike-heavy city like Amsterdam where you feel a sudden jolt of stupidity. The Dutch and the Danish have it figured out. Clearly, this is the superior way to live your life. Anyone who tells you otherwise is only fooling themselves. A few of us lucky folks who have discovered the power of this magic machine through sheer luck have mostly kept it to ourselves (why lose our advantage?) and maybe even have built a bit of an unapproachable cool-kids clique around ourselves. But by exposing the benefits more widely, I'm hoping we can reach a critical mass of bikers on the street, making it safer for everyone, and easier to justify infrastructural changes to our roads. So that one day we can build the Amsterdam of USA.

See you on the streets!