What would your world look like if you consumed no caffeine? Would it turn upside down, or would nothing really change? Hopefully it's the latter, but for most people I know, it's the former. For many years now, I have resolved to be in the latter camp, and this post outlines why.

Many people around the world seem pretty obsessed with caffeine and/or coffee. To the point where it seems almost unhealthy. Some people I know drink 6-7 cups a day, some even 12!! It's corroding their teeth slowly and they're pretty much impossible to work with because they take constant breaks to refill their cups once an hour. It's like they're on permanent life-support and don't even know it. It's really a pitiable situation what they've gotten themselves into. I can't imagine what it's like to be on a caffeine roller-coaster all day with all those mental highs and lows.

A few of us minority folks (like me) have realized that even a single cup a day is probably too excessive if you want to maintain a clear and razor-sharp mind long-term. We have thus resorted to quietly rage-quitting this ludicrous coffee regime that we're being subjected to on a daily basis. But these folks are far and few between, and the ones I know wouldn't dare challenge the existing order in fear of being ridiculed or becoming the target of a mass outrage. I would therefore like to declare myself as the first person in my entire network to take a stand against caffeine and claim this: we have a big problem and it's up to us to fix it. This problem is in need of a global intervention on the scale of cigarette smoking and tobacco. This coffee addiction is not okay. Worshipping coffee like it's some kind of religion or cult seems rather over-zealous. Perhaps with the right messaging, we can collectively put a dent over time in this barbaric coffee culture that we all seem to be so content with and proud of. 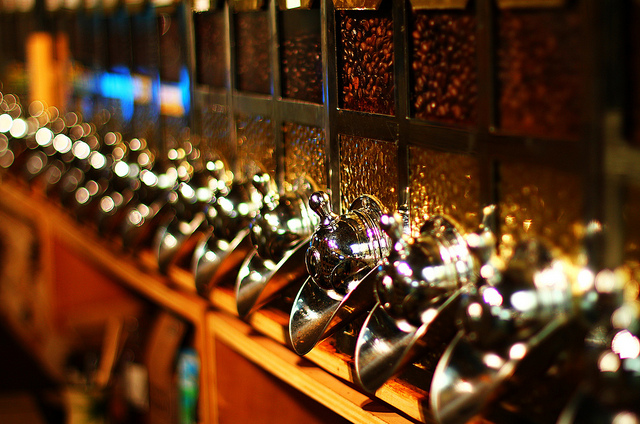 Addicted to this brown stuff? You're not alone

Coffee, or other similar caffeinated beverages such as tea, coke, etc. have become the largest crutch ever employed by human society. I've been trying to understand the historical context behind why coffee has become the most popular legal drug in use. This post has one explanation: that it served as a great substitute to water and alcohol, both of which had their perils back in the day. But today, plenty of people have access to safe, potable water (especially in the developed world) and this should therefore no longer be a reason. Once coffee entered mainstream culture, it was here to stay since in addition to becoming a daytime social lubricant, it also doubled as a great crutch against society's biggest evil: ineffective sleep. As more and more people found themselves driving to work everyday, coffee helped them actually wake up and focus on the road. But what happens 3 hours later when the effect eventually wears off? Another cup, here I come!

I think consuming a little bit of caffeine to stay alert when driving after the occasional long day at work or a super early flight makes sense to me. In this scenario, you're using caffeine for what it should be truly meant — an emergency stimulant used only when there's a real need for it, not as an everyday recreational drug. Chances are high that if you need to consume a stimulant every single day, you probably have deeper problems you're unwilling to tackle head-on, the first of which is likely poor sleep habits. Start with the root causes before you jump onto the coffee bandwagon like most people do. You'll be thanking yourself in the long term. For example, if you need a nap in the middle of the day, then take one — don't look for a caffeine fix. If you feel mentally tired in the middle of the day, go for a walk outside or do some jumping jacks instead. If your coworkers are all going out for a cuppa, resist the urge to join them. If you must join them (perhaps for social reasons), get something non-caffeinated like soda water or something.

From a strategic and mental sharpness point of view, reducing your dependency on external factors to the extent possible is generally a good idea. But why? It's not like we're ever going to run out of coffee in this world, or that the price of coffee is likely to shoot up so high that we won't ever be able to afford it. It's just that any external dependency in your life is bad, and gives you another excuse to have a shitty day, or a terrible morning. It gives you an easy way out to explain away your headache, your bad mood, your short temper. We're far too dependent on so many things already that the more dependencies we can cut out sooner, the better we'll be in the long run. What deep ideas or thoughts are we not seeing or having because our minds are clouded by the haze of a short-term caffeine buzz? Our moods and spirits ought to be affected by internal factors as much as possible, not external.

Think about it: would you be okay if you found out that your brain or heart surgeon was secretly addicted to caffeine and consumed 7 cups a day? Would he be able to keep a steady hand as he cut open your coronaries? What if one day, because he was running a bit late that morning, forgot his first cup as he rushed into his first procedure?

The most common rhetoric I hear in favor of consuming coffee and caffeine everyday is that it's good for you. I'm sick of that rhetoric and have heard it a million times already. Even then I'm sure people are going to reply to this post saying it's good for you and that I shouldn't try to reduce my intake if I can help it. One way to think about it: does a doctor or medical practitioner ever specifically recommend drinking a cup of coffee a day for someone who doesn't already, and who is otherwise generally healthy? I've never met or heard of any such doctor, medical professional, or medical scientist (in my limited sample size). "It's good for you" is merely a silly excuse, often used by people who are stuck in addiction-land and want to continue staying within the confines of it. If something's not immediately bad for you, does that automatically make it good? Of course any mood-altering drug is going to be "good for you" in the short-term, but the consequences of everyday addiction are far more dire. If skipping your morning coffee is going to render you unproductive or with a massive headache, you have an addiction problem that needs fixing asap. Just because this drug hasn't been banned by the FDA or the DEA yet doesn't mean it's great for you to get addicted to it in the long-term.

From a cost perspective, a single daily cup of $3 coffee bought outside can easily cost you ~$16k over 10 years (if invested instead). If you're a proud Starbucks Gold member, the only thing you should be proud of is how much money you've given away (or will be giving away) to Starbucks over the course of your lifetime. Even the cheapest lattes can significantly add up over time. If you want to call yourself frugal, buying coffee outside everyday is anything but. The only acceptable frugal coffee purchase would be this 3-pound tin of Folgers coffee from Costco for 3 cents a cup. And no, Keurig K-cups aren't considered frugal. They're not all that cheap, and look at all that wasted plastic! For someone wanting to achieve an aggressive 70%+ savings rate, cutting out all non-essentials from your life is key. Try starting with coffee — the biggest non-essential of all time.

These days, I strive for a humble 0 mg of caffeine per week. I call this the Caffeine Zero way of life. I still drink the occasional chai or two a week, but that's mostly for the taste rather than the caffeine. I would happily drink decaf chai whenever available and if it tasted the same, but even otherwise tea has a significantly lower caffeine content than coffee, almost 3.5x less. I live right above a Peets Coffee & Tea but I'm yet to purchase something from them. It's truly a great feeling everyday, to maintain a clear and sharp mind at all times with just plain vanilla water as my primary liquid fuel. My budget seems to like it too. As do my dentists who seem to like my teeth for it when they hear I don't consume any of that corrosive brown & black stuff. If you feel like drinking something warm, hot water or hot milk are fantastic substitutes to coffee, tea, coke, and pepsi.

What other crutches and bad habits are you being held back by in your life? Are they truly worth it? Are they possibly clouding your judgment and temperament without you even knowing it? The only way to be sure is to embark on a 30-day elimination experiment and find out for yourself.