I eat out a lot when I'm on campus. So I was interested in knowing which places I spend the most on average per month. I exported my monthly bank statements as CSV which I imported into Excel. I then used the "Subtotals" feature under the "Data" context menu to figure out totals for each eatery. I then divided each total by 18 to figure out the average per month. My bank, TD Canada Trust, keeps statements for up to 18 months. With a bit of help from my dad, I figured out how to gather all these subtotals in a separate sheet which I plotted using a column chart.

Some things to note about the data:

And here I present the top 13 (click on image for larger version): 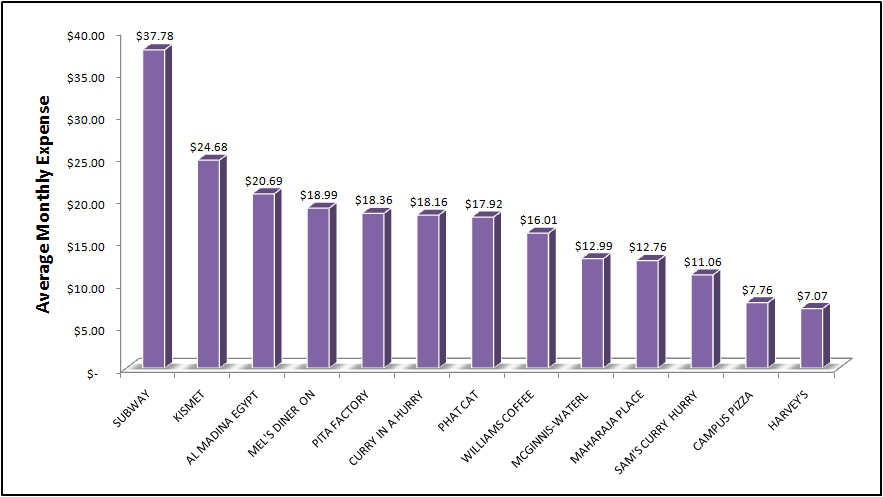 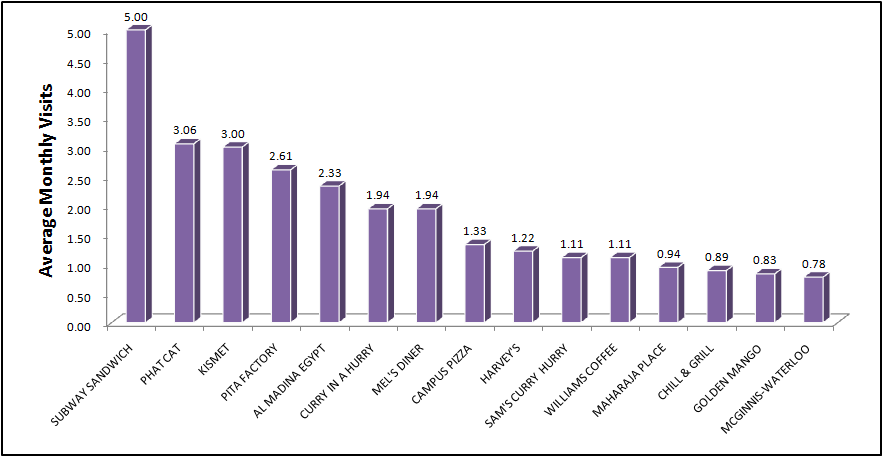